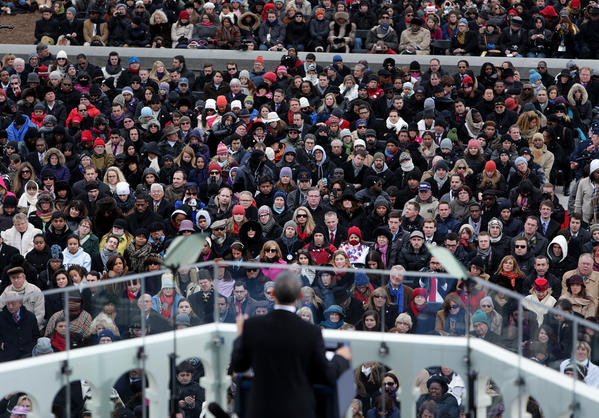 WASHINGTON — President Obama’s supporters at his inaugural address, though less numerous than in 2009, were nonetheless riding high following his speech Monday. With crowds spilling out into neighboring streets from the National Mall, audience members reflected on the personal significance of their presence.

Dr. Rashmi Murthy, 36, of Miami applauded Obama for his notably strong tone on global warming and gay marriage during his inaugural speech.

“Now, he has nothing to lose,” she said, hinting at a hope among supporters that Obama will leave no stone unturned during his second go-round in the White House.

Help The President By Calling Congress

One thought on “Inauguration 2013: Attendees reflect on Obama’s swearing-in – latimes.com”